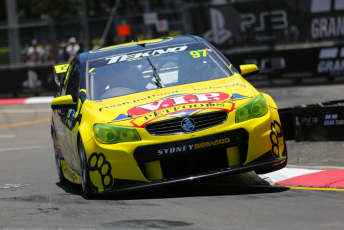 Van Gisbergen was fastest of all on his first set of green tyres, but dropped to third behind Bright and Jamie Whincup by the time the chequered flag flew.

Despite coming across a slow Scott Pye between Turns 10 and 11, the Kiwi shot to the top of the order with his final 1:27.9956s effort.

It had been a mixed session for Whincup, who made several miscues on his way to third. He later reported light steering damage from contact with the walls.

Lowndes had made mistakes on both attempts with his second set of tyres, having been second to Van Gisbergen after the first greens had been cycled through.

Scott Pye missed much of the session with mechanical troubles in his Lucas Dumbrell Motorsport Holden and will start last.

See below for full qualifying results for Race 36