REC sale the end of an era for Paul Morris

REC sale the end of an era for Paul Morris 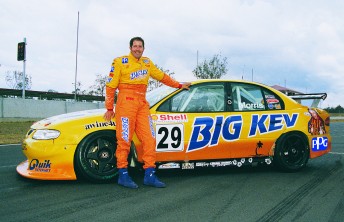 The sale of Paul Morris’ Racing Entitlements Contract to Dick Johnson Racing will end a 15 year stint of V8 Supercars ownership for ‘The Dude’.

DJR officially confirmed today that its long-time investor Steve Brabeck has purchased the license, shoring up the legendary squad’s future as a two-car outfit.

Morris says he has eased back his financial involvement in the sport to concentrate on a variety of other business interests, which includes his Performance Driving Centre at Norwell.

Morris raced in V8 Supercars for nine seasons from 2000, with his team continuing for a further three years before being disbanded.

The two RECs were then placed at Dick Johnson Racing and Tekno Autosports in 2012, before the former was sold to Lucas Dumbrell Motorsport for this season.

Morris has played a mentoring role with LDM’s Scott Pye this season, as well as driving with the youngster in the endurance races.

“I made my mind up two years ago that I didn’t want to have a race team any more,” Morris told Speedcafe.com.

“It’s just taken these steps for it to finally happen. It was just a matter who was going to purchase the REC.

“This gives DJR, which is an anchor tenant for V8 Supercars, the certainty that they need.

“They don’t need to be renting RECs. They are a foundation team in the category and if I can help facilitate that for the good of the sport I’m more than happy to do so.”

Morris bought into the V8 Supercars business and its recently minted franchise system in 2000 following a stint in Australian Super Touring that netted four titles aboard BMWs.

The PMM V8 squad’s first year co-incided with the biggest of Morris’ career at Oran Park. The incident saw his Big Kev-backed Commodore erupt in a ball of flames after stalling on the grid and being hit by Mark Larkham’s charging Falcon.

The following year Morris recorded what would prove his only V8 Supercars wins, triumphing in two of the three races at Calder and winning the round.

By 2005 the team expanded to two cars with Morris supplying personnel and a car for the Team Kiwi entry. PMM then ran two cars under its from 2006, with Fabian Coulthard, Alan Gurr, Steve Ellery and Owen Kelly sharing the controls over the next two years.

The team made a significant step forward with the addition of Russell Ingall and new primary backer Supercheap Auto for 2008. Ingall would complete four seasons with the team, scoring several podiums without a victory.

Morris stepped down into the Development Series at the end of 2008, paving the way for rising star Tim Slade to take the wheel under a car-ownership deal with James Rosenberg.

Castrol-backed Greg Murphy replaced Slade for 2010; a year in which the team abandoned its own machinery in favour of two Triple Eight Holdens.

PMM’s own cars had each been given colourful chassis codes, with the names Astro, Bam Bam, Colin, Daisy, Earnhardt, Frank, Gidget, Hercules, Indian, Janson and Kulwicki replacing the usually drab letter and number combinations employed by other teams.

Steve Owen and VIP Petfoods replaced Murphy and Castrol for PMM’s final season in 2011, before the former pair moved with Morris and one of his RECs to DJR for 2012.

Despite having now sold both RECs in the last 12 months, Morris stressed that he is not stepping away from the business entirely.

“I’m just moving in another direction and this frees me up to do other things. It is not a move I was forced into,” he said.

“I’m still enjoying my racing and my sprintcar racing and life couldn’t be better.”