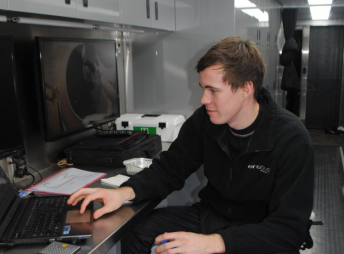 Jack Le Brocq has been drafted into Warren Millet’s Holden for the final round of the V8 Ute Racing Series on the streets of Sydney Olympic Park.

The reigning Australian Formula Ford Champion has made limited appearances in Formula 3, Australian GT and the Kumho V8 Touring Car Series this season after failing to secure a full-time drive.

The 21-year-old is building towards a Dunlop Series drive next season and has his sights set on a strong performance in his Ute cameo.

“There’s plenty of good steerers in the category, I really want to get it up the front and I am aiming for a top five,” he said of replacing Millet, who has been called away on business commitments.

“If we could walk away with a podium that would be a huge bonus.”

The Victorian will be competing against Erebus Motorsport’s own Holden Ute, which is run by Stephen White.

Ford driver Ryal Harris leads the standings by 39 points over Holden’s Rhys McNally heading into the final round.