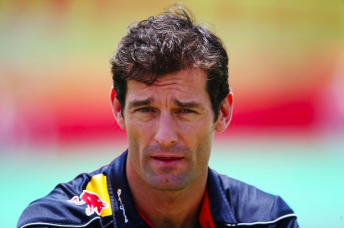 Just days after retirement from Formula 1, Mark Webber has declared his intention to race in the Bathurst 12 Hour.

Webber has quit Grand Prix racing in order to take a drive with Porsche in the World Endurance Championship.

Asked by a fan on Twitter whether he will race in the Mount Panorama endurance classic with the German marque next year, Webber replied “No 2015”.

He also indicated that he would co-drive with Australian actor Eric Bana and former Olympic rower James Tomkins.

Bana is a noted amateur racer and has competed in the 12 Hour previously, driving a Mitsubishi Lancer Evo X alongside Tim Leahey and Peter Hill.

Webber’s Bathurst experience is limited to his participation in the 1995 Australian Formula Ford Championship round at the venue.

He finished third that weekend behind winner Gavin Monaghan and Jason Bright.

Webber has made it clear in recent weeks that he has no intention of competing in the Bathurst 1000, stating that V8 Supercars is “something that was never really on my radar and something that still isn’t”.

Tomkins meanwhile has limited racing experience, but proved the class of the field in the Australian Formula 1 Grand Prix’s Celebrity Challenge in both 2004 and 2005.