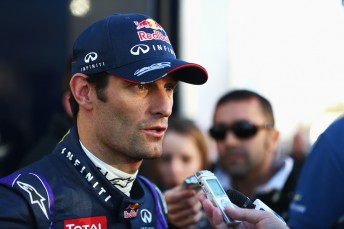 Speedcafe.com today begins a commemorative look back on Mark Webber’s career ahead of his final F1 GP in Brazil this weekend

Mark Webber has only days remaining as a grand prix driver.

The gritty Australian will walk away from F1 following the Brazilian GP after a career in motor racing’s top class that lasted 12 years.

That was a fair stint for a career that initially was only supposed to last three races starting with the Australian GP in 2002.

But he literally carried that under-fed, under-funded, under-performing Minardi home to an unlikely fifth place.

It was like a $500 bolter running into the placings in the Melbourne Cup.

As the Aussie battler commences a series of farewell commitments, Speedcafe.com commences a week-long special looking back in the rear-vision mirror on his career which began started to take bloom in 1994.