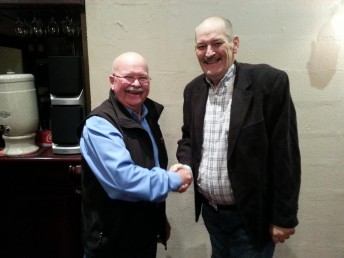 Widely respected Australian motorsport journalist Jon Evans has suffered a downturn in his long-term health issues and remains in intensive care in a Melbourne hospital.

Evans has a been a long-time reporter for Auto Action magazine and is co-owner of Oval Express magazine.

He has also contributed national sprintcar coverage for Speedcafe.com.

While known across all motorsport categories in Australia, he has been one of the world’s authorities on Sprintcar racing for more than three decades and was hugely acknowledged for his expertise in the United States where he was a regular visitor for Speedway and NASCAR events.

He was a popular and highly deserving winner of the V8 Supercars Media Award in 2008 and was an inaugural inductee into the Australian Motorsport Media Hall of Fame last year.

After contacting Speedcafe.com, co-owner of Oval Express, Michelle Jordison has invited anyone wanting to send well wishes to Jon to email at [email protected]