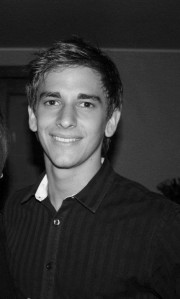 Amateur racer William Holzheimer has emerged from a coma four weeks after the crash which claimed the life of British Porsche Supercup star Sean Edwards.

The 22-year-old suffered shocking injuries and remains in a serious but stable condition in Royal Brisbane and Women’s Hospital.

Holzheimer was driving the family-owned Porsche GT3 Cup car at the Ipswich circuit with Edwards instructing from the passenger seat when the car slammed into the wall at turn 6.

Edwards was killed instantly in the fiery crash with Holzheimer trapped in the wreckage for several hours before emergency workers could cut him free.

Holzheimer has undergone several operations for fractures and facial injuries and he has been closely monitored for neurological concerns.

“Will is now out of intensive care but still has a long, long way to go in terms of recovery,” his father David Holzheimer said.

“He will be immobile and in hospital for a while yet as he starts some rehabilitation due to his orthopaedic and soft tissue injuries.”

Mr Holzheimer said his family’s thoughts today were also with the family of Sean Edwards, whose funeral will be held in London at 9pm (tonight) Australian time.