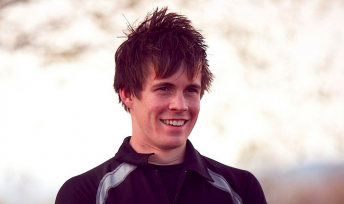 Erebus Academy driver Jack Le Brocq will race a V8 Supercar for the first time when he joins the Kumho V8 Touring Car Series for its season finale at Sandown.

The 21-year-old is building towards a Dunlop Series campaign for 2014 and sees linking with MW Motorsport at Sandown as an important step in his progression.

The 2012 Australian Formula Ford Champion has been without a full-time drive this year, but has shone during limited appearances with Erebus in the Australian F3 and GT Championships.

Le Brocq has already enjoyed brief outings in a variety of V8 Supercars, beginning with a minor role in the category’s own Car of the Future aero program last year.

Testing with Matt Stone Racing earlier this season, he cut laps in Matt Palmer’s Kumho Series Falcon and Erebus Motorsport’s #9 Mercedes on consecutive days at Calder in September, before completing a practice session with MW Motorsport at the most recent round of the Kumho Series at Phillip Island.

“Matt (White) runs a great team and it’s the right car at the right time for me to get some miles before hopefully doing the Dunlop Series next year,” Le Brocq told Speedcafe.com of racing at Sandown. “I’ve only ever run these cars on old tyres so I’m really looking forward to getting out there on better rubber.

“They’ve obviously got a lot of horsepower but they don’t turn and brake like a GT car does, so it’ll take some getting used to.

“We’re going out there to win it, nothing less than that really,” he added.

“We’ll just put our best foot forward and see what we can do.”

Currently working for Minda Motorsport as a mechanic, Le Brocq is talking to a number of Dunlop Series team owners while he tries to find a budget for next season.

Matthew White, whose squad leads the Dunlop Series through Dale Wood with one round remaining, is looking forward to seeing how Le Brocq fares at Sandown.

“We had a good opportunity at Phillip Island to see how Jack went and hear what he had to say about the car, and obviously he acquitted himself well,” White told Speedcafe.com.

“It’s great for him to be getting miles in this series at Sandown because these days the level in the Dunlop Series is very high.

“Ryan (Simpson) has really raised the bar in the Kumho Series this year as well and if Jack can get near him then we’ll know we’ve got a phenomenal talent on our hands.

“If he can be in the top three than I think he’ll have done a good job. I’m planning to run myself in the second car so ultimately that’ll give us a very direct comparison on how he’s going.”

Shae Davies leads the Kumho standings on 527 points ahead of the November 15-17 Sandown meeting, with Terry Wyhoon second on 431 and Tony Evagelou third on 400. Simpson sits fourth despite missing the opening two rounds of the five-round contest.