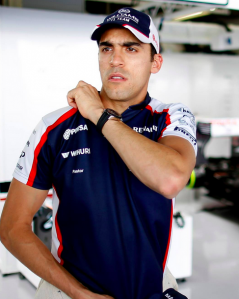 The Williams F1 team have been issued with a $60,000 euro fine over a wheel fastener infraction following Practice 2 at the Indian Grand Prix.

The fastener came off Pastor Maldonado’s Williams during the session, leaving the besieged team with another round of punishment following a similar offence at the Japanese GP a week earlier.

In the latest incident the front right wheel faster had cross-threaded during a pitstop.

“The stewards noted that in this case the wheel had been retained on the car (unlike the similar incident in Suzuka two weeks ago) and that the cross threading of the wheel fastener contributed to the fastener coming off the car,” the FIA said in a prepared statement.

“Whilst the stewards accept that improvements to the wheel retaining system had been implemented, the team need to ensure that both the wheel and its fastener are fully retained on the car.