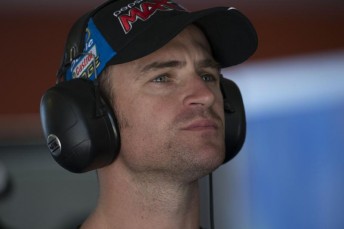 Will Davison will leave Ford Performance Racing at the end of the current season, bound for a seat at Erebus Motorsport.

The 31-year-old had been heavily linked to the Mercedes-AMG customer outfit earlier this month, at which point he stressed a desire to wait until after the Supercheap Auto Bathurst 1000 to lock in his plans.

With the event now run and won, the deal, which will see Davison remain one of the highest paid drivers on the V8 Supercars grid, is understood to have been concluded.

Davison declined to make any comment on the situation when contacted by Speedcafe.com on Tuesday, with a formal announcement not expected until the new year.

Which Erebus entry Davison will pilot is currently unclear as the team remains yet to decide on whether its current three-car structure will remain for the new season.

An FPR contracted driver since the end of 2011, Mostert has this year been gaining valuable V8 Supercars Championship experience at the factory squad’s customer outfit Dick Johnson Racing.

Despite a tough Bathurst, Davison’s bid for a maiden V8 Supercars Championship title remains strong heading into this weekend’s Armor All Gold Coast 600.

“I was pretty frustrated after Bathurst, things didn’t quite go right there strategy wise for us in the last couple of stops, but we’re still well in the fight for the championship,” he said, having finished seventh at Mount Panorama.

“Two of these last three events are just brutal. I won at all three circuits last year, but I’m very aware that anything could happen this year.

“Everyone is going to be going very hard and some are going to make mistakes, so it’ll be very exciting to watch.”

Davison will once again be teamed with Steve Owen for the last Pirtek Enduro Cup meeting, with the pair currently sitting fourth in the three-event standings.

FPR is bringing a revised suspension package to the Gold Coast following the recent approval of a new damper option for the championship.