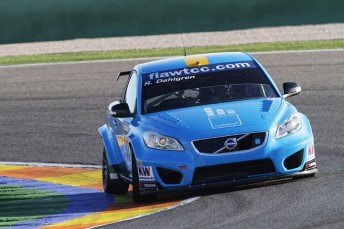 Volvo Polestar will make a return to the World Touring Car Championship in China as it evaluates adding a full-time program to its V8 Supercars and Scandinavian Touring Car commitments.

The Swedish operation will enter the November event in Shanghai with the C30 model that it previously ran in the WTCC two years ago.

The car will be driven by Thed Bjork, who recently secured the Scandanavian crown for the team.

Polestar runs five S60s in the STCC, which sees Volvo bodywork draped over a control chassis and Renault engine package.

The C30 formed the basis of Polestar’s first performance road car offering in 2010 before the launch of its S60 derivative last year.

“We are entering this race to check the pulse of WTCC, as well as celebrating Thed Bjork’s amazing performance in the STCC this year,” said the commercial director of Volvo Cars, Alexander Murdzevski Schedvin.

“We moved our focus to the Volvo S60 model as our primary car for motorsport in 2012, the model that we are currently racing in Sweden and USA and that we will race in the Australian V8 Supercars next year. 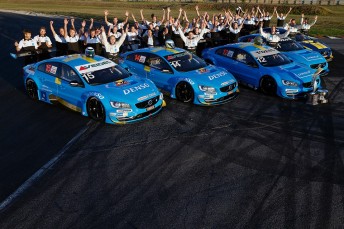 “While our S60 model does not match WTCC well today, we still think WTCC represents possibly the best value for money and one-fits-all global motorsport solution if you want to race with a smaller c-segment car.

“Consequently, we are keen on staying closely informed and this is precisely our objective with Shanghai, not outright performance and results.”

The Frenchman’s success has come despite Chevrolet pulling its factory backing of the Ray Mallock Limited outfit pre-season.

Honda and Lada are the only two manufacturers currently running works WTCC outfits, although Citroen is set to join the grid next year with Muller, Sebastien Loeb and, possibly, Robert Kubica.