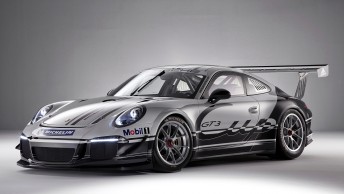 Improved safety features on the 2014 Porsche Carrera Cup car have set new standards according to CAMS.

The purpose-built 911 GT3 Cup car will make its racing debut in the Australian Carrera Cup series next year with the country’s controlling motorsport body praising the cage design and driver’s seat retention.

The car is equipped with a new racing safety seat, which meets the latest FIA requirements, that wraps around the driver to provide more protection to the head and shoulders.

A unique feature of the 911 GT3 Cup is a rescue hatch in its roof.

The innovative hatch provides improved access for medical staff to retrieve the driver.

“The adaption of the very latest technology and FIA Standards in safety cage design, driver seat retention and security, together with the innovative driver extrication and vehicle recovery facilities are welcomed by CAMS.” 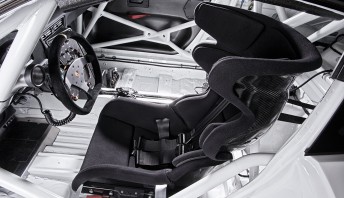 “Porsche has improved the new 911 GT3 Cup car in every way from its predecessor – the current Carrera Cup car, which in itself is a fantastic vehicle,” said McConville.

“Externally, the car looks impressive but it’s when you look beneath the skin that you see the rewards of Porsche’s expertise.

“The new car is safer, has increased performance and provides a greater experience for the driver – all elements that have made this car so highly sought after for next season.”

The new 911 GT3 Cup cars arrive in Australia in early 2014, when they will be delivered to customers at a hand-over event which will include full technical briefings as well as on track testing.