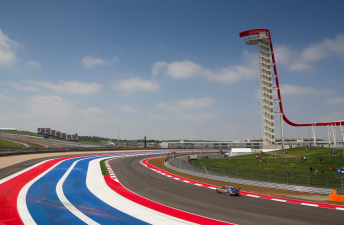 V8 Supercars is adamant that it will return to the Circuit of the Americas in Austin, Texas, in 2015 after a one-year absence.

Announced as a five-year deal between the category and the COTA, the event has been omitted from next year’s schedule.

Doubts that the V8 Supercars would return grew significantly in July when the circuit confirmed that it will host the X Games extreme sports festival on the weekend previously taken by the Australian category.

V8 Supercars today admitted that the X Games has forced a change of plans, although is confident that the absence will only be for one year.

“The timing of COTA securing the X Games next year led to the mutual agreement of a gap-year before consolidating, planning and returning to Texas in 2015,” said V8 Supercars CEO James Warburton.

“The first Austin 400 was an enormous success at all levels and a tremendous platform to build into the future; in conjunction with developing an extensive international strategy for 2015 and beyond.

“The prospects are virtually limitless; there is that much potential in the sport.”

“Circuit of The Americas is quickly becoming a year-round destination for a variety of large-scale sports and entertainment properties, and with our packed schedule, we were not able to find mutually workable dates to facilitate a return of V8 Supercars to Austin in 2014,” he said.

“V8 Supercars continues to be one of the most exciting shows in world motorsports.

“We know our US and international fans really enjoyed the Austin 400 event this year, and we are very excited to have V8 Supercars return to the United States in 2015.”

V8 Supercars made a similar declaration when its Abu Dhabi event was dropped for 2013.

Yas Marina has not returned to the schedule for next year, ensuring that all events will be held within Australasia for just the second time since 2004.

V8 Supercars reaffirmed that it has had “preliminary discussions” with “several venues in the US with a view to ‘twinning’ the Austin 400 in the future”.

The desire for a second event in the region with which it could share the considerable cost of air freighting the championship to the United States was flagged by the COTA during this year’s inaugural meeting.