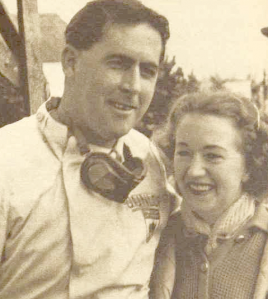 Together they had three sons, Geoff, Gary and David who all launched into high profile racing careers.

“It was kind of sudden, she went from being not too bad to going very quickly,” eldest son Geoff told Speedcafe.com

“People always assume that we got all our talent from our father (Sir Jack) but we really got it all from our mother. No-one used to beat her off at the lights.

“Between us brothers we all thought it was mum that gave us our talent and not our dad in a light hearted kind of way. It was a standard joke between us over the years.”

Sir Jack and Betty divorced in 1994 after 43 years of marriage with Australia’s greatest international motor racing icon marrying Margaret in 1995.

At 87 Sir Jack, who lives on the Gold Coast with Margaret, is the oldest surviving grand prix champion.

Speedcafe.com extends its condolences to the Brabham family.