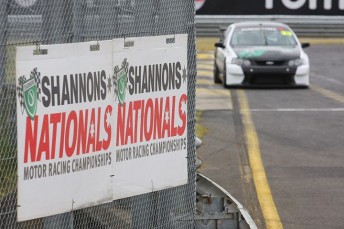 Melbourne’s Sandown Raceway is expected to open the 2014 Shannons Nationals season less than four months after hosting this year’s finale.

As part of an otherwise unchanged calendar, the Sandown event will likely switch places with Sydney Motorsport Park, which has hosted the opening round for the last two seasons.

“We hope to be able to tie in with several of those events and perhaps capitalise on Melbourne being the ‘motor sport capital’ of Australia for that month,” said Shannons Nationals series director Rob Curkpatrick.

“There is a potential for us to investigate partnering with events like the Phillip Island historics, doing some ticketing deals or something similar to boost crowds at both events.

“It makes sense to work together to grow all of the events and showcase the massive amount of motor sport-related activities available to racing fans throughout the month. We’re working away on that and will see how it goes.”

Official confirmation of the Shannons schedule is expected to follow shortly after that of the V8 Supercars Championship, which is set to be confirmed on Monday.