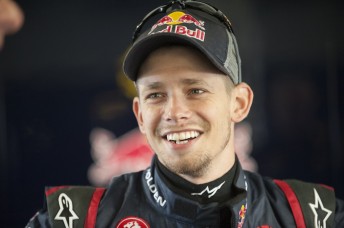 Stoner enters the list at #96 with a personal wealth of $20 million and is the youngest member at 27-years-old.

The 2007 and 2011 MotoGP World Champion retired from motorcycle racing and took up a career in the V8 Supercars Dunlop Series this year, campaigning a Red Bull Racing Holden.

It was reported that Stoner turned down a $15 million per annum contract with Honda to remain with the team in MotoGP for 2013.

After a difficult Dunlop season to date, Stoner last week confirmed that he will take a break away from motor racing activities next year.

His decision to abandon any competitive racing activities puts to rest any speculation which pointed to a motorcycling comeback after testing for Honda in Japan last month.