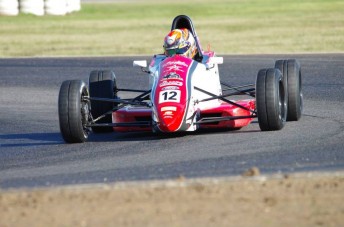 Formula Ford will join the Shannons Nationals bill in 2014

The Formula Ford Association has confirmed that the majority of its reborn national series will run alongside the Shannons Nationals in 2014.

As previously reported, the FFA is moving to run its own national series next year following CAMS’ decision to abandon its long-running Australian Formula Ford Championship at the end of the current season.

The new series will run four of its proposed five or six round schedule with the Shannons Nationals.

“Not only will it dramatically reduce the costs for competitors but provide them with a stable event platform that is run to the highest racing standards.”

An FFA statement added that its yet-to-be-completed calendar is “likely to see a good spread of races across a number of states”.

The AFFC ran two rounds of its 2011 season with the Shannons Nationals, although has otherwise opted for the large audiences and commercial television package available through supporting the V8 Supercars

While competitor numbers in the national championship have waned in recent times, the more affordable state-level championships have continued to thrive.