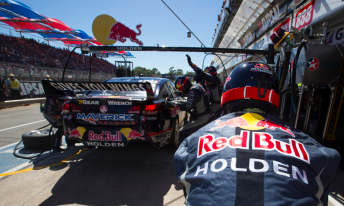 V8 Supercars has arrived at a solution to its fuel parity issue for the upcoming Pirtek Enduro Cup by mandating a minimum number of pitstops across all cars.

Having bubbled away in the background for some months, the fuel debate has raged since the trial of a reduced ethanol blend fuel in selected Nissan and Mercedes entries at Winton last month.

Other measures previously floated ahead of the endurance races are said to have included fuel flow restrictors, differing fuel tower heights (to alter flow rates) or fuel tank inserts for Fords and Holdens.

Do you think that stipulating compulsory pitstops is the right move? VOTE NOW!