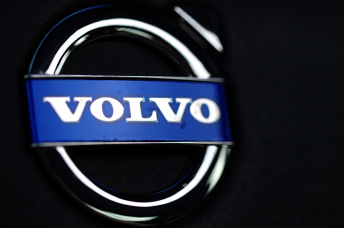 Volvo announced in June that it is funding a V8 Supercars program to promote its S60 model, partnering with Garry Rogers Motorsport and engine supplier Polestar to undertake the project.

Three senior GRM team members are currently at Polestar’s headquarters in Gothenburg, Sweden, as the two firms nut out how they can best coordinate resources.

New-for-2013 brands Nissan and Mercedes-Benz have both endured difficult initiation periods into the class, with their engine development battles an ongoing talking point.

Despite GRM proving a race winning squad this season, Braid says that Volvo is braced for a challenging early phase of the program.

“We’re not going into this expecting immediate success; we know that there’s going to be quite a few pitfalls for us before we get going,” he told motoring.com.au.

“I think both Nissan and Erebus and the way they’ve gone about things gives us a bit of a road map, as we know what they’ve tried.

“We will make mistakes, but also we can see what they’ve done. Having that template already there from Nissan and Erebus does actually help us with some of the decisions we make.

“We’re not concerned about a slow development necessarily, because we’re half expecting that’s going to be the case. We’re not (harbouring) great expectations of standing on the podium from the first race.”

Although the first Volvo V8 Supercar engine may not arrive into Australia until the new year, speculation is mounting as to when the public will have its first look at the S60 race car.

The company is in discussions with V8 Supercars about a precense at this October’s Bathurst 1000, which will likely include a track demonstration with Jim Richards driving the 1998 Bathurst 1000 winning Volvo Super Tourer.

It is thought that the appearance of an S60-clothed race car, sans engine, could also be on the agenda.

“We’re looking at obviously utilising Bathurst to communicate something about the race program, but what that is, is still to be determined,” said Braid.

With the GRM-run S60 chassis/bodywork program well advanced, Garry Rogers told Speedcafe.com at Winton that his team could have a Volvo on track in “little more than a week if the first engine arrived tomorrow”.

The engine to be used in the race cars will be a bespoke V8 Supercar version of the company’s discontinued 4.4 litre B8444S.