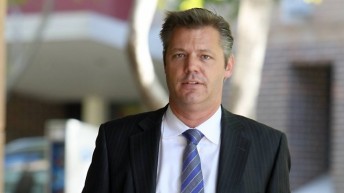 V8 Supercars Chief Executive Officer James Warburton has made a number of changes to the structure and location of the company’s management.

Meeting privately with Gold Coast-based staff today, Warburton is understood to have delivered an overview of his activities since taking up the role three months ago.

The structural changes expected to take place include the moving of V8 Supercars’ Gold Coast staff from Nerang to a smaller facility in Southport. The change will coincide with an upscaling of its Sydney precense.

Key staff movements include the exits of current chief financial controller Peter Trimble and head of international relations Adam Firth, both of whom were Gold Coast based.

The former is set to be replaced by Sydney-based Cameron Price, while the latter has already left the business. Current chief operating officer Shane Howard will soak up Firth’s responsibilities.

Elsewhere, media, public relations and digital will now come under the umbrella of marketing, which will be headed up by John Casey in Sydney. The role of national marketing manager, held by Penny Glasson, will be made redundant by the middle of next month.

The make-up of the V8 Supercars Board and Commission are unaffected by the staff changes, although the category remains on the lookout for a replacement Commission chairman ahead of the October departure of incumbent Mark Skaife.

The majority of the moves are said to have been made to ensure more financial stability and more usable and streamlined systems within the organisation, which was hit hard by a late and greatly-reduced television rights deal brokered by Warburton’s predecessor David Malone.

Warburton has the task of reinvigorating the sport in preparation for the next phase of television negotiations ahead of 2015.

A V8 Supercars spokesman declined to comment on any changes to the company’s internal structure when approached by Speedcafe.com.