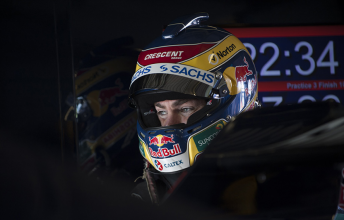 Craig Lowndes’ dream of competing in the Le Mans 24 Hours appears set to come true next year, provided that V8 Supercars avoids a date clash with the French classic.

Having eyed Le Mans from afar for the best part of 20 years, the five-time Bathurst 1000 winner says that advanced negotiations with Le Mans teams are currently on hold while the Australian championship sorts its 2014 schedule.

The Le Mans event is guaranteed to receive an unprecedented level of exposure in Australia next year with Mark Webber confirmed to make his return to the race as part of Porsche’s new-for-2014 World Endurance Championship effort.

In order for Lowndes to race, he’ll need V8 Supercars to avoid scheduling events on the June 14-15 (race) and June 1 (official test) dates.

“I’ve had ambitions of doing Le Mans since my HRT days but have just never been able to do it,” Lowndes told Speedcafe.com. 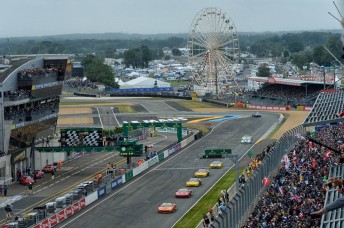 “We’re definitely planning on it next year. I’ve spoken to Roland (Dane, Red Bull Racing Australia owner) and he knows my wishes and everything else, but now we’re really just waiting to see what the calendar looks like.

“We’re probably 80 percent of the way there at the moment. The opportunities are there and if we get the dates clear we’ll be able to put more focus into it.

“It’s quite an important race for all drivers everywhere in the world, and I think it would be good for V8 Supercars as well if we’re free to be able to do it.”

Lowndes has driven Audi R8s in a variety of GT races in recent seasons. He has appeared in the last three Bathurst 12 Hours, in addition to making a one-off Australian GT Championship start last year and embarking on an ill-fated attempt at a VLN event in Germany the year prior.

With the Audis not eligible for Le Mans’ GT classes, Lowndes is looking at a variety of opportunities, but confirmed that the prototype classes are not on his radar.

“It’ll be a GT car, you’d be mad to go over in a prototype in your first attempt,” he said, adding also that Le Mans is the only race on his international agenda for next year.

“You need to learn and understand and develop from that level, like (fellow V8 Supercars driver) Jason (Bright) did this year.”

Bright competed in a GTE Am class Ferrari 458 for 8Star Motorsport two months ago, finishing 10th in class and 37th outright.

The Brad Jones Racing regular can skip the pre-event test next year due to being a previous competitor, but remains wary of the likelihood of a V8 Supercars clash with the race itself.

“A lot of other calendars always avoid it and we manage to clash almost every year,” he told Speedcafe.com.

“This year it obviously didn’t clash but I have my doubts about next year if Darwin (Hidden Valley) is on its usual mid-June date.

“If it doesn’t I think you could see a few Aussies over there because it’s a race that’s on so many drivers’ bucket lists.

“There are not many other iconic races where you can go and get a drive. You can’t just turn up at Indianapolis or Monaco, but at Le Mans when there are three drivers per car it’s a realistic target.”

A V8 Supercars spokesman told Speedcafe.com that the category is aware of the desire to avoid a Le Mans clash, but is making no promises.

“We have identified the Le Mans date as part of our planning, but whether or not it will clash is still yet to be known because there are various calendar drafts being looked at,” he said.

“It’s a very complex process putting a calendar together for any number of reasons, and a clash will be avoided if possible, but that’s not a certainty.”

The spokesman would not be drawn on a timeline for finalising the calendar. It is traditionally unveiled in October.