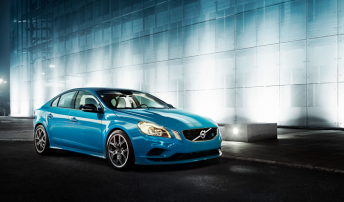 The task of designing, developing and producing a V8 Supercar version of Volvo’s B8444S engine is being undertaken by Polestar, with GRM’s Melbourne-based crew looking after the remainder of the chassis and bodywork requirements.

While Polestar representatives have already made multiple visits to Australia, this week marks the first time that GRM staff have headed to Sweden.

Polestar’s managing director Christian Dahl is expected to attend the Bathurst 1000 in October, while the company is likely to have engineers based in Australia next year.

“The primary purpose of going to Sweden is to work out how to best mesh the Polestar side of it with the GRM side,” Holloway explained to Speedcafe.com at Winton.

“Clearly we’ve been working together for some time but it’s always good to be able to do things face-to-face.

“We’ve had Christian out here a couple of times as well as a couple of engine guys and a chassis guy.

“This trip will mean we can meet a few more of their guys and see all of the capabilities that they have at Polestar.

“They’ve seen what we can do so it’s just going to be good to get a first-hand look at what they have and how they operate.”

Holloway confirmed that the GRM crew has already completed the basic structure of its first chassis destined for Volvo duties, with work on the mounting of the S60 panels ongoing.

The first Volvo V8 Supercar engines are not expected to head to Australia until the new year, leaving a tight turnaround until the traditional pre-season test in February.