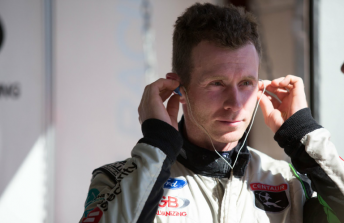 Dale Wood extended his lead in the Dunlop Series by taking out the opening race of the weekend at Winton.

The pair remained in one-two formation until Owen’s car slowed suddenly and stopped on the back straight with just three laps remaining.

Perkins, Andrew Jones and Ashley Walsh trailed Wood to the flag under Safety Car following a late-race incident between Morgan Haber and Nandi Kiss that saw both cars beached at Turn 11.

The race was bookended by Safety Cars, with Turn 1 also providing carnage.

An inside dive from Chris Pither created a three-wide squeeze with Cameron Waters and Taz Douglas, who was subsequently spun in the middle of the pack.

The cars of Andre Heimgartner and the luckless Casey Stoner both suffered heavy damage in the resulting traffic jam, instantly ruling the pair out of the race.

Douglas recovered to finish 20th, while Pither was 26th after serving a drive-through penalty.

Luke Youlden will start the second race from pole after climbing from 19th to 10th during the short spell of green flag running between Safety Cars.

See below for the Race 1 result