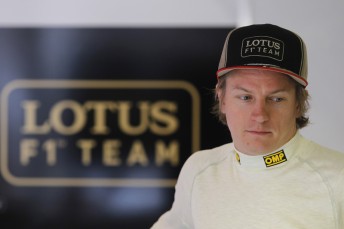 Kimi Raikkonen cancelled all media commitments on Thursday at the Belgian Grand Prix due to an unspecified illness.

The move comes at a time when Raikkonen is pivotal to driver movements for the 2014 Formula 1 season.

The Finn was earlier this week confirmed to be out of the running for the much speculated second seat at Infiniti Red Bull Racing by his manager Steve Robertson.

The development has provided further fuel to expectations that Daniel Ricciardo will take the drive alongside Sebastian Vettel next season, regardless of whether any announcement will be made this weekend.

With Raikkonen now being linked to an unlikely return to Ferrari, Robertson says that Kimi’s future now rests on the shoulders of his client’s current employer, Lotus.

“If (Lotus) can provide him with the answers he is seeking, which will ensure he has a car that can fight for race wins and the championship, then he will stay,” Robertson told Autosport.

Raikkonen currently sits just 28 points off the World Championship lead in second. He held out Championship leader, Sebastian Vettel at the Hungarian Grand Prix last round for second place.

In other news surrounding Finnish drivers heading into the Belgian Grand Prix, Caterham will reinstall Heikki Kovalainen for Friday practice in the seat ordinarily occupied by Giedo van de Garde.

Kovalainen has also been confirmed as an FP1 participant at Monza, where he’ll step into the sister entry of Charles Pic.