Walsh debuted the Supashocks with a victorious outing at Barbagallo

Dunlop Series title contender Ashley Walsh says he’ll be on the back foot at Winton following the outlawing of dampers that Matt Stone Racing had pioneered.

Although only specified dampers from two companies, Sachs and Ohlins, are permitted in the V8 Supercars Championship, no such restriction had existed in the second-tier class until a rule change was made in the lead-up to Winton.

MSR had caused a minor stir by introducing Supashock-branded dampers into the class at Barbagallo, where Walsh proved victorious.

Based on dampers already used in other disciplines through Supashock owner Oscar Fiorinotto, MSR continued to develop the alternative units until the V8 Supercars Commission decided to bring the damper options in line with the main series.

Although the move has predictably been applauded by others teams on the grounds of cost containment, Walsh and MSR have been left frustrated by the abrupt nature of the ruling.

“We ran the Sachs in Adelaide and were still quite competitive then, but what’s going to hurt us is that we haven’t been able to test since they outlawed the Supashocks,” Walsh told Speedcafe.com of how the change will impact on his prospects this weekend. 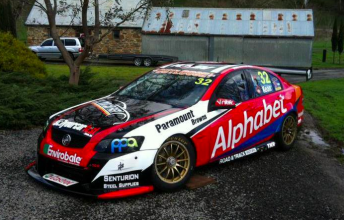 “Initially I think we’ll struggle to find the set-up because there are some pretty decent changes to the car that we’re going to have to make. We’ve got our work cut out for us.

“To be put in that position after we’ve spent a lot of money developing what we had is quite frustrating.

“It’s the second time this year that they’ve decided to change the rules. We spent a test day at QR working on water brakes and they decided to outlaw those that afternoon.

“It’s just money down the drain.”

Changes have also been made to the sporting regulations since Queensland Raceway, with the 34 car entry set to be split into two groups for qualifying based on practice times.

The time allowance for each of the three Winton hit-outs meanwhile is expected to be extended from 20 to 25 minutes.

The change follows two rain delay and Safety Car hit Sunday races at Ipswich that had to be flagged off before reaching their targeted lap counts. 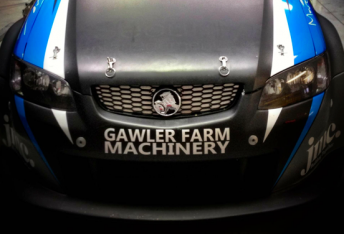 The front of the pack has meanwhile seen a minor shakeup, with Daniel Gaunt making the switch from Eggleston Motorsport to Evans Motorsport after a budget shortfall saw Evans’ incumbent Kristian Lindbom sidelined.

The Eggleston seat has been picked up by Ant Pedersen, who joins Ipswich round winner Jack Perkins in the two-car Holden outfit.

“James has supported a lot of young drivers in the past and hopefully we can get a strong result for him this weekend,” said Perkins.

“It’s a little bit of a shame that Dan (Gaunt) isn’t continuing in the #38 car, but I’ll be helping Ant and the team as much as possible with the goal of once again seeing two Eggleston Motorsport Holdens on the podium.”

The Dunlop Series drivers will contest three races this weekend in support of the V8 Supercars Championship.