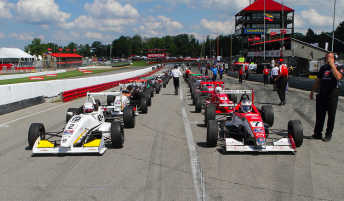 Victorian Scott Andrews is set to make his international racing debut after inking a deal to compete in the final two USF2000 events of the season.

The 22-year-old has made limited appearances in national and state level Formula Ford since making the switch from the now defunct Commodore Cup at the end of 2010.

The deal to compete in the USF2000 rounds at Laguna Seca and Houston with JDC Motorsports has come following assistance from countryman James Davison. 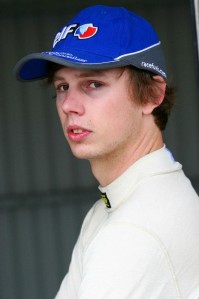 Davison has lived in the USA for the best part of a decade and will make his second career IndyCar start with Dale Coyne Racing this weekend.

“I spend a lot of time with James when he’s here in Australia, but I also spent a month with him in America last year,” explained Andrews.

“He introduced me to a lot of people and that was a massive step to getting this drive.

“When a seat opened up at JDC Motorsport for the last two rounds of the series, James recommended me to the team.”

The USF2000 Championship is part of the Mazda Road to Indy program and was won by another Australian, Matthew Brabham, last year.

“USF2000 is a series obviously watched closely by IndyCar, so my aim will be to maximise everything and do the best job I possibly can and hopefully show what I can do,” added Andrews.

“I can’t wait to race at Laguna Seca. I’ve done many laps of the track on a simulator and I visited the circuit during my American visit last year, but blasting through the famous Corkscrew for the first time will be something else.”

The Laguna event will take place on September 6-7 ahead of the Houston finale on October 5-6.