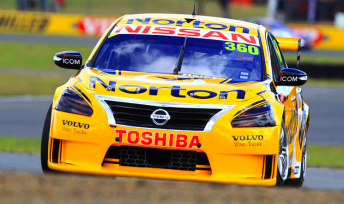 James Moffat sits 15th in the championship after 24 races

James Moffat will continue with Nissan Motorsport next season after inking a new multi-year deal with the factory squad.

Despite the underpowered Altima package preventing any front-running results, Moffat has been one of the shining lights of the year to date. 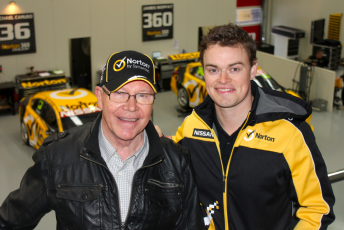 Moffat, who relocated from the Gold Coast to his native Melbourne to take the Nissan drive, says that a multi-year contract extension is exactly what he was after.

“My intention was always to stay with the team and luckily they felt the same way about me staying here,” he said.

“It’s never easy having year-by-year deals and not knowing exactly what you’re doing the following year.

“To be able to lock away a deal that gives me some security is nice, but at the same time, we know there’s still a lot of work ahead of us.

“I know there’s plenty of promising signs within the organisation, and that made my decision to stay an easy one.”

“First and foremost, his on track performances have been a key factor in Nissan Motorsport re-signing James on a multi-year deal,” he said.

“Secondly, he has displayed an added level of driving maturity this year, and the proof of that is his passing record. He has passed more drivers in race conditions than any other this season.

“Thirdly, and most importantly, James has turned out to be an outstandingly good fit into our organisation. He is very well suited to the culture of our business and people.

“He is popular amongst our staff and sponsors and conducts himself at a high level. He is a team player and a really great fit into our team.”

With team co-owners Rick and Todd Kelly both expected to continue in their driving roles next season, Moffat’s deal leaves Michael Caruso as the only Nissan pilot currently without a confirmed seat for 2014.

The future of major sponsor Norton, which headed to Nissan from DJR with Moffat, is also yet to be confirmed beyond the end of the season.

The next event on the V8 Supercars calendar will take place at Winton, where Moffat endured a crash during a team test day last week.