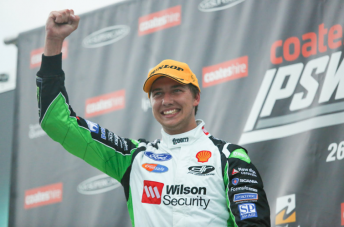 The opening enduro at Hampton Downs on September 28-29 will be Mostert’s first ever race meeting across the Tasman.

“I’ve been watching the series for the last year or so and it looks like it is pretty close and obviously Ant is doing really well this year so I’m excited to be involved,” he said.

Pederson currently sits second in the SuperTourer points standings after three rounds and hopes that the addition of Mostert will further boost his title chances.

“He’s quick and hungry which is obviously a good start, but he’s also proved this year that he’s a quick learner and knows his way around a car,” he sad.

“I’m excited to share the car with Chaz and can’t wait for September to roll around.”

Mostert’s V8 Supercars home beyond 2013 remains unclear despite Ford Performance Racing’s managing director Tim Edwards this week affirming that the 21-year-old is signed to the squad for a further two years.

The former Australian Formula Ford Champion could again find himself farmed out to a secondary squad should there be no room in FPR’s main line-up.