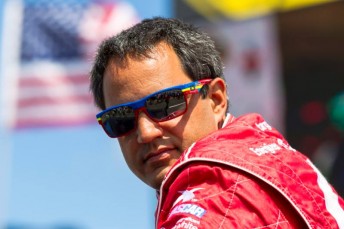 Juan Pablo Montoya’s seven year stint with Earnhardt Ganassi Racing in NASCAR’s Sprint Cup  will end at the conclusion of the current season, the team has confirmed.

Montoya switched to NASCAR mid-way through 2006 following a stint in Formula 1 with Williams and McLaren that netted seven Grand Prix victories.

The now 38-year-old Columbian’s links with Ganassi stretch back to 1999, when he won the CART title with the squad before taking victory in the Indianapolis 500 the following year.

“We did not renew the contract for next year,” team co-owner Felix Sabates confirmed to SiriusXM’s NASCAR radio channel.

“It was a difficult decision. He understands. You have to move on in life sometimes.

“It’s frustrating for everybody when you know you’ve got good equipment and you can’t seem to put everything together still.”

Montoya’s 239 Sprint Cup starts to date have yielded just two victories, both of which occurred on road courses.

His best points finish came in 2009, when he ended the year ninth having run as high as third during the Chase.

There has been no official word on who will team with McMurray in 2014, although the squad does have 21-year-old Nationwide Series star Kyle Larson under a development contract.

More experienced drivers out of contract at season’s end include Kurt Busch and Ryan Newman.