Sordo out, Meeke in for Rally Australia

Sordo out, Meeke in for Rally Australia 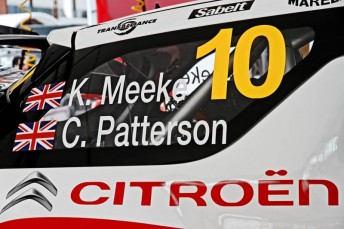 After a string of lacklustre performances on the World Rally Championship stage the French outfit have decided to replace Sordo in favour of the Northern Irishman who will compete for the squad in his second appearance in 2013.

Meeke filled in for the third Citroen DS3 of Khalid Al Qassimi during last month’s Rally Finland and despite crashing out on the penultimate stage of the event, has clearly done enough to impress Citroen boss Yves Matton.

“Kris showed what he could do in Finland with an excellent performance and high motivation levels so we instinctively turned to him to take over in Australia,” said Matton.

Despite not contest a rally in top-flight WRC machinery since 2011, Meeke easily outpaced Sordo in Finland and will now partner Mikko Hirvonen in his first factory roll with the team which will see him score points for the manufacturer.

“We are really very happy that Citroën have put their faith in us again after our performance at Rally Finland,” said Meeke.

“For us, this is an incredible opportunity to take part in the rally as part of Citroën Total Abu Dhabi World Rally Team alongside Mikko and Jarmo, and we are determined to give of our best.”

Coates Hire Rally Australia kicks off in less than one month’s time as crews head to Coffs Harbour on September 10-14.

Keep up to date with all the Coates Hire Rally Australia news right here on Speedcafe.com as we report directly from the Coffs Coast region.