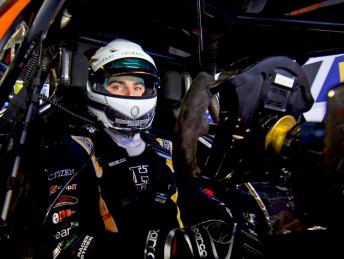 The Erebus Motorsport regular has signed on to co-drive the M3 Racing Holden Commodore of Richard Moore for the three endurance events.

The deal will mark a return to domestic New Zealand racing for Slade, who made a one-off start in the 2006-2007 Toyota Racing Series at Pukekohe.

The Moore/Slade combination will start as one of the favourites for the endurance events alongside the equally formidable sister M3 Racing pairing of Greg Murphy and Jack Perkins.

“It’s a good opportunity for me to do some more racing in something competitive with a good team and a good bunch of guys,” Slade told Speedcafe.com. 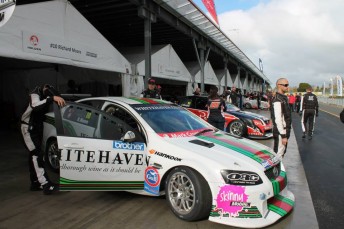 “It was something that I spoke to Jack, who I’m good friends with, about for a while, and he got Murph onto the case for me.

“I’ve watched the series pretty closely since it started, keeping an eye on the likes of Murph, Scotty (McLaughlin) and Shane (van Gisbergen) in there.

“The endurance races were really good last season with even more guys going over from Australia to do it. I hope the same happens again this year.”

Moore, a 21-year-old from Christcurch, currently sits fifth in the V8 SuperTourer points standings heading into the final Sprint round of the season.

Having met Slade for the first time when visiting the Townsville round of the V8 Supercars Championship in June, Moore says his aim will be to learn as much from the Australian as possible.

“Given the circumstances and the situation he’s in (developing Erebus’ Mercedes E63s) Tim has done exceedingly well this year and I’m really excited to get him over,” Moore told Speedcafe.com.

“He’s excited as well because he will be coming into the same car which Greg (Murphy) has got and there’s no reason why he can’t go as quick.

“For me I want to make sure I learn as much from him as well because he’s got a lot of experience behind him in Australia.”

Slade will have his first taste of the M3 Holden during a team test day at Hampton Downs on Tuesday.

The first two endurance races are currently slated to run at Hampton Downs, on September 28-28 and October 19-20 ahead of the finale at Pukekohe on Nov 29-Dec 1.