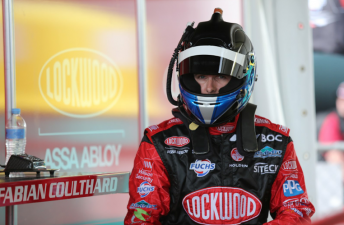 Luke Youlden will make a return to the Dunlop Series at Winton later this month as a precursor to his Pirtek Enduro Cup duties alongside Fabian Coulthard at Brad Jones Racing.

Andrew Jones and Chris Pither, who will join BJR’s other championship drivers Jason Bright and David Wall in the enduros respectively, are undertaking full Dunlop Series programs for BJR this year. Without a full-time drive in any category, Youlden’s racing this season has been limited to an appearnace in the Carrera Cup’s May Rennsport meeting, where he emerged victorious alongside regular Max Twigg.

Youlden’s car will compete with major backing from Holden.

“We thought that it was important for Luke to get a few miles in a car before the endurance races,” team owner Brad Jones told Speedcafe.com.

“We had another DVS car in the garage so it makes sense to give him a drive of that.

“Campaigning six cars sounds like a big task but the DVS program is run as a separate entity to the championship program.

“We share some things like radios and so on, but none of it will be a problem.”

Youlden may drive the Dunlop Series entry as part of a Brad Jones Racing test day on Monday at Winton, although predicted showers could force the team to abandon that plan.

Youlden has joined BJR this year following a single year stint at Stone Brothers Racing alongside Shane van Gisbergen that netted pole position for the Sandown 500.

He completed the entire Dunlop Series schedule in 2012 for MW Motorsport, placing fifth in the final standings.