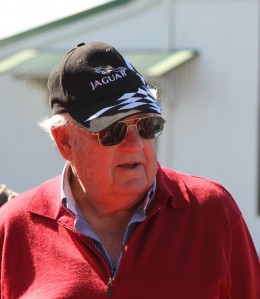 Digby Cooke was smitten with a classic open wheel racecar as a teenager.

“I was 19 years old and I’d done some mechanical work and the Alvis was a 1250 which was modified,” Cooke said.

“The body was cut down and was similar to an MGTC and this was the car which started my motor racing career back in 1949.”

“I started off at Mt Druitt and won the first race we were in ever. I was so shy at that stage that I thought ‘geez what am I going to do now?’ after I’d won. I wanted to go and drive off and hide.

“We ran that for a few years and is still known in the Alvis car club these days as the Digby Cooke Alvis Special.

“The car was rebirthed with huge changes and I’m led to believe the remains of the car have ended up in New Zealand.”

Cooke campaigned the Alvis for four years until he went to work for Tom Sulman at his garage at Surrey Hills in Sydney.

“And that’s when I bought the Frank Dent Aston Meadows open wheeler.”

Sulman was a member of the Kangaroo Gang sports car team whose members included Jack Brabham and Tony Gaze and on Sulman’s return from the UK, Cooke left the Surrey Hills operation and set his own shop and tuning business up at Longerville in Lane Cove.

“Not long after that I started driving the Simcas and won a lot of events in those in 1.5litre classes in the Mt Druitt days during the 1950’s.”

His attention would move to Bathurst in the early 1960’s, when, as a relief driver for Ron Hodgson the pair handled a Morris Major at the Bathurst 6-hour event in 1962, a year before the first running of the Armstrong 500 at Mt Panorama.

“I’ll never forget that race because we were just behind the leaders in our class and Hodgson said ‘its your turn to drive so see if you can get rid of them off the circuit’.”

“In that race Leo and Pete Geoghegan won their class driving a Daimler SP250. There was no outright official winner but they would have easily won outright.” 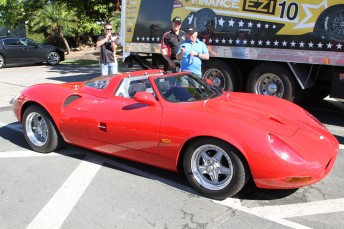 ‘Really through the ‘60’s I concentrated on production cars and the only open wheeler I owned was the Aston Meadows which I campaigned sparingly.”

Digby competed in long distance races at Bathurst from 1962 to 1972.

He had to wait until his final year for his first class win to arrive which came in a Ford Escort with his relief (co) driver Geoff Leeds.

“Well a couple of years before that at the Easter meeting in 1970 I put the Monaro through a fence at the bottom of Conrod and wrote the car off and cracked my back.”

“The Monaros had brake problems. You’ve got to be careful what you say because I said to Harry Firth the cars have a brake problem. They were over-heating in the front and the discs had a habit of locking on.”

“At Oran Park not long after that, Brock came down and couldn’t get around a turn and hit a wall and he said to Harry, ‘Digby’s right. Those bloody brakes lock on I couldn’t get them off’.”

This was around the time when Harry and Digby shared a secret they have maintained to this day.

“Harry and Digby have this secret and they still won’t give up what it is,” wife Gwen offers.

“There is a ‘HDT Torana The Great’ cap that Harry slipped me one day which he signed and simply says ‘Cover Me Digby’. I have no idea what it means and Digby won’t tell me” 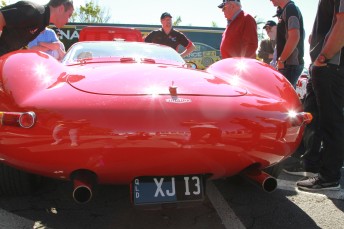 “The only thing I’ll say is that it covers a multitude of sins,” Digby smirks.

Digby caught up with Harry for the first time in years at Eastern Creek last year (2011) where the pair swapped a brace of old racing yarns.

“Every now and then I get to some of these meetings and it was great to catch up with Harry.

“Then two years ago I got back behind the wheel of the blue LC Torana which I drove at Bathurst in 1971.”

“It was at a meeting at Bathurst and I reckon I must be one of the oldest drivers to get behind the wheel at speed at the Mount because I was 81.”

“To jump into a car after 38 years and do 240km/h down the straight my bloody glasses were rattling and I thought ‘what the hell is this’.”

Digby clutches a mountain of memories but none give him a chuckle like the time he drove the 350 Monaro at Bathurst in 1969, a car he shared with David Bowden.

“We were second on the grid and it was unbelievably exciting,” Digby recalled. 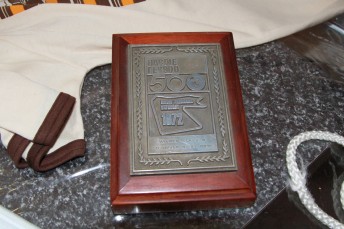 “The only GT Falcon I couldn’t pass going up the mountain was Geoghegan’s and they were supposed to be the quickest things ever.”

“Anyway there was a massive crash up on the mountain (involving Bill Brown and many others) on the first lap and there were about 14 cars involved.”

“So we came around and there was a big mess and it looked like some of the Cooper S’s were rooting themselves.”

“There was an Alfa upside-down (John French) and we stopped and waited until some of the public helped the marshals clear the track.”

“Eventually it was cleared enough for us who were still running to go through in single-file.”

“Leading up to that race I had convinced an insurance company to insure racing cars on the circuit. I had been a broker and had my own business.”

“I got these cars insured and it was a great premium and great for a broker because I didn’t give a stuff what happened because I just got the commission.”

“Anyway back in the race I was going down the straight and I was thinking about all the crash damage and that this is going to cost the insurance company and the underwriters and they were down in the pits.”

“I thought ‘geez I’m not going back down there.’ I’m going to drive straight to Sydney off the end of Conrod Straight and not turn left at the bottom of the hill but head back to the big smoke.”

“So this was on my mind and after a few laps out comes our big pit board and it simply had a huge question mark and underneath the word “TIME” – in other words what the hell are you doing?.”

Digby was not averse to the odd unique occurrence on a racetrack.

“In 1968 at Surfers Paradise Raceway I jumped in a light plane to get a look at the lines my co-driver was taking in the corners,” Cooke said.

“There was a little airstrip in the middle of the circuit anyway it was Bill Stanley’s stint in the Cooper we were sharing.”

“So later on I said to Bill, ‘that was a funny line you were taking into that corner over the back of the hill’. And he said ‘how would you know?’ to which I replied ‘we were running around in an aeroplane keeping an eye on you’.”

Digby reckons he was prompted to give race driving away following his class victory at Bathurst in 1972 after highly emotive inquisitions by his young children jolted him into a reality check.

“Racing was becoming expensive and one of my kids came up to me and said daddy ‘don’t hurt yourself or we won’t have a dad. Please stop racing cars’.”

“I’ll never forget that so I walked away from it and didn’t even watch it or follow it for more than a decade after that and couldn’t even think about going to a circuit.”

These days Digby and his wife Gwen live on the Gold Coast and maintain a neat car collection.

The garage includes a magnificent replica of a Jaguar XJ13, a mint condition Ferrari 550 Barchetta similar to Michael Schumacher’s personal drive car when he was driving for the exotic Italian marque, a Porsche 996-series GT3 911 and a Robnell Cobra with an engine tuned by Bo and Glenn Seton that produces 650bhp.