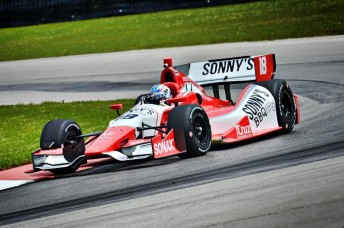 V8 Supercars drivers Will and Alex Davison will be watching on intently from Australia when their cousin James finally lives his dream of competing in an IndyCar Series race this weekend.

The 26-year-old has been based in the United States for almost a decade chasing a career in open-wheel racing.

Despite not having a full-time drive in any category since a two-year Indy Lights tenure ended in 2009, Davison’s determination has led to a one-off ride with Dale Coyne Racing at Mid-Ohio.

Will Davison, who has established himself in V8 Supercars after returning from his own open-wheel assault in Europe with a heavy debt burden in 2005, says James’ story should be an inspiration to all young drivers with a dream.

“I’ve seen first hand the struggles James has had and it’s a good lesson to many young blokes what he’s done and how he’s done it,” he told Speedcafe.com. 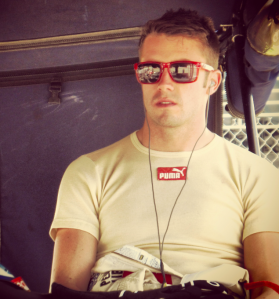 “It hasn’t been easy at all and he’s been knocked down a lot. I’ve never seen anyone cop more bad times and rejection and been so down on themselves and be able to get up boxing again.

“Every time he’s come home (to Australia) it’s just blown me away that he hasn’t had a gutful and just given up on it.

“He’s ruthless, he’s banged down every door and never given up. He roamed around every IndyCar paddock for three years meeting people and making contacts just looking for an opportunity.

“It just goes to show that if you want something bad enough, it doesn’t matter how many times people tell you no or knock you back.

“He’s even surprised me that he’s been able to pull it off. Now he’s got to maximise the opportunity.”

Driving in the same Ford Performance Racing stable as brother Will, Alex Davison is also full of praise for his cousin’s work ethic and abilities, but warns that a lack of race fitness may count against him cousin at Mid-Ohio.

“Obviously it’s going to be tough because he hasn’t done a lot of miles in anything and they’re very physically demanding cars with massive downforce and all of that sort of stuff,” he told Speedcafe.com.

“Who knows how he’ll go physically over the long race, but from the onboard footage of the test that I’ve seen he drives the car really well.

“I’m sure he’ll do a good job, because he always does when given the opportunity. He really lives for the dream so for it to come through for him is just fantastic.”

Regardless of whether James ends up with a full-time IndyCar seat, Will believes that the attention received from making the IndyCar grid will final see his cousin gain the respect he deserves in Australia.

James has enjoyed just one V8 Supercars test in the past, tasting Will’s FPR Falcon in late 2011, and tried unsuccessfully to secure a co-driver seat in this year’s Pirtek Enduro Cup.

“In Australia there is a bit of tall poppy syndrome where people want to knock those down that are trying hard,” said Will.

“I think this (racing in IndyCar) proves a real point to a lot of people which will be good for him. He’s achieved a lot in America and he doesn’t get enough credit for it.”

James Davison cut laps at Mid-Ohio on Wednesday as part of an official pre-event test, clocking the 21st fastest time out of the 24 cars.

Davison is using a helmet borrowed from compatriot Ryan Briscoe after finding his own did not fit the 2013 IndyCar rules.