Fuel parity argument hots up as enduros near

Fuel parity argument hots up as enduros near 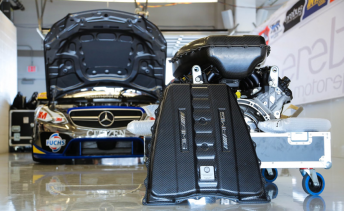 Just six weeks out from the Sandown 500, Nissan Motorsport and Erebus Motorsport remain optimistic that a parity change to even the fuel consumption between the four V8 Supercars manufacturers’ will take place.

Since introducing double-overhead-cam technology into the championship this year under the Car of the Future rules, the Nissan Altima and Mercedes-Benz E63 AMG entrants have faced an uphill battle to match the power and economy of the pre-existing Ford and Holden units.

Although Erebus has made strong gains on the power front in recent events, both the Nissan and AMG engines remain considerably behind on economy. Nissan Motorsport co-owner Todd Kelly estimates the deficit to his team’s previous Holden engine package at eight percent.

The issue has been the subject of discussions between V8 Supercars and the teams for some time, with Commission chairman and COTF project leader Mark Skaife stating an openness towards making a change.

V8 Supercars took examples of the four engines to the workshop of its appointed engine guru Craig Hasted following June’s Darwin event and is continuing to sift through data before making any decisions. Extra stationary time in the pits hurt the Nissans in Townsville

Amid heavy resistance from key representatives of front-running Ford and Holden teams, Erebus Motorsport CEO Ryan Maddison says that the category’s very credibility will be put at stake if a change is not made.

“We never came into the category expecting the rules to be written for Erebus Motorsport, but we did come in with the expectation that V8 Supercars would adequately cater for new manufacturers,” he told Speedcafe.com.

“Clearly there’s a level of success with the program (of equalising speed between the cars) but it’s a completely different set of requirements going into the endurance races. Some of those clearly don’t cater for us with multi-valve technology engine right now.

“Our position is that we’re looking to work with the category to make sure that a category that has built its credibility on technical parity continues to achieve that target (parity).

“It would be very dissatisfying, knowing that our program is taking steps forward the way it is as we learn and evolve, to enter the endurance races knowing we are against the category and the governing body.

“Knowing you’re not going to be competitive (for that reason) would be very dissatisfying for Erebus and everyone involved.”

Although stressing that his team is still working hard to improve its economy on its engine dyno in Braeside, Kelly is also adamant that the current situation can’t continue into the second half of the season.

“If we can’t make a big enough improvement it’ll just kill us not only at Sandown and Bathurst, but at the Gold Coast and Homebush as well,” he told Speedcafe.com.

“The only event in the second half of the year where we’ll have half a chance is Phillip Island.

“There’s too big a disadvantage if we go into those events with eight percent more fuel burn than anyone else.

“If we can’t fix it on our end, if it’s not possible, we’ll be pushing to try and work out some way to make it a level playing field.”

How any change could be implemented is yet to be decided, with a mooted reduction of the fuel tank capacities for the Fords and Holdens likely to prove a double-engine sword for the new marques which would still suffer from longer refuelling time in the pits.

Restricting the flow rates in the fuel rigs of the Ford and Holden teams is said to be a more viable alternative.

Any move in favour of the new marques would likely put the E63s right in the mix for the endurance races. The team narrowly missed a maiden podium with Tim Slade last time out at Queensland Raceway and is still hopeful of receiving another significant engine performance upgrade from AMG prior to Sandown.

Nissan, meanwhile, is said to have exhausted the supply of Nismo performance parts delivered from Japan in April and remains unsure whether its engine can make competitive power figures under the current rule package.