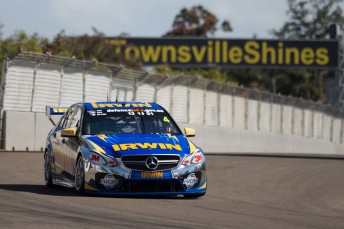 Amid a period of rationalisation V8 Supercars is exploring the opportunity of developing more street races in regional areas of Australia.

While attempts to secure any more overseas races are off the agenda for the short-term, V8 Supercars says a number of venues in the style of Townsville’s Reid Park venue are being considered.

As part of the 90-day plan which newly installed V8 Supercars chief executive James Warburton will deliver to the sport at the end of August, is a focus on developing new events.

Townsville has become the blueprint for how semi-permanent street facilities outside state capitals can succeed.

The Townsville race, which has been staged in the north Queensland city since 2009, has been rubber stamped for a three-year extension from next year along with the northern state’s other two V8 Supercar events, Queensland Raceway and the Gold Coast 600.

“There’s obviously four or five regions which we believe would be really good,” Warburton told Speedcafe.com

While specific locations have not been discussed it is believed that among potential targets are Newcastle and Geelong.

“We have to develop a number of new events,” he added.

What has become apparent to V8 Supercars new management is that there are few places to fall back on if existing events drop off the calendar.

“If an event were to fall over you’ve got to have some alternative. We’ve probably been a little complacent in that area,” said Warburton.

“We’ve pursued overseas markets but here in Australia we’ve got a number of ideas and we’ll be getting out there and trying to push a number of new events.

“The Townsville model is a good one in terms of having the permanent pit building and some semi permanent facilities. It is the model that the business has worked out works the best.

“There’s a lot of regional areas where we can really bring the benefit.”