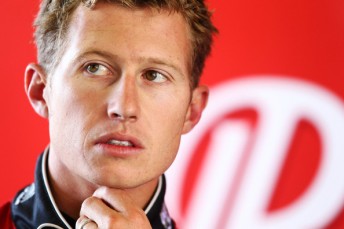 Briscoe had been linked to Walkinshaw Racing’s endurance line-up since the start of the season, initially telling media that he had signed for the Holden Racing Team.

Although doubts emerged recently about his attendance thanks to Nick Percat’s recall to the HRT fold, Briscoe’s return to V8 Supercars with Walkinshaw’s third car is now locked in.

The 31-year-old, who is currently recovering from a broken wrist sustained in an IndyCar race at Toronto last month, has competed within the Walkinshaw family for the last three Gold Coast 600s.

He had also joined the HRT for his V8 Supercar debut in 2006, where he remarkably put the second-string entry on provisional pole at Sandown before failing to complete a racing lap at Bathurst thanks to an early crash from co-driver Jim Richards.

“I’ve been following the V8s all season and it’s great timing to be driving with Russell and the Supercheap Auto team; they had a great result in Townsville and are clearly coming strong before the enduros.”

Once recovered from his wrist injury, Briscoe is expected to complete the remainder of the IndyCar season with Panther Racing.

Briscoe is also competing in American Le Mans Series races with Level 5 Motorsports this year. Neither the IndyCar or ALMS schedules clash with the three V8 Supercars races.

Ingall currently sits 18th in the V8 Supercars Championship standings after 24 races in what is expected to be his 18th and last season of full-time competition.