Aussies excel in NHRA at Sonoma

Aussies excel in NHRA at Sonoma 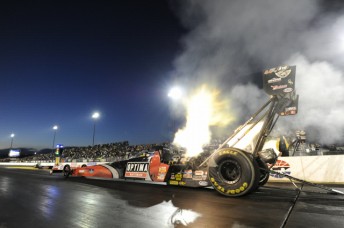 Australian NHRA Mello Yello Top Fuel Series team Rapisarda Autosport International made it through to the second round at Sonoma after defeating Steve Torrence in the opening round, whilst veteran, Dave Grubnic was the fastest qualifier.

Johnson Jr. was able to comprehensively get himself by Torrence, taking a holeshot win and getting to the line 0.2s better. Johnson was then eliminated by Antron Brown who struck back to form in the Matco Tools dragster, losing out to eventual winner Langdon in the semi-finals.

Langdon went on to beat Morgan Lucas in the final.

The other Australian in the Top Fuel field, Dave Grubnic, was the top qualifier. He got by Terry McMillen in a close battle in the first round and then bowed out in round two against Lucas, who beat him on a holeshot in a scrappy fight.

Langdon’s points lead is out over 100 points now.

Two old stagers thwarted a potential final round dream match up in the semi-finals, however fans were left happy with the resultant final in Funny Car.

Castrol’s Courtney Force and Tequila Patron’s Alexis DeJoria were on for a meeting in the final before DeJoria was eliminated by John Force and the junior Force taken out by Ron Capps.

Earlier in the day Courtney eliminated front runner Cruz Pedregon in round one which will have serious Championship implications. Similarly, DeJoria took out Matt Hagan in the first round. 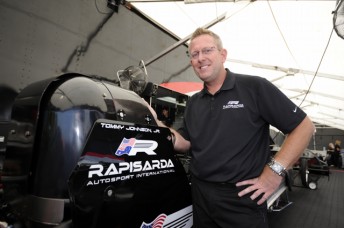 Tommy Johnson Jr. had his first event for Rapisarda at Sonoma

Capps in the NAPA Auto Parts machine edged out the Castrol GTX Ford Mustang of Force in the final, with one-hundredth of a second splitting the pair’s elapsed times. Capps – who will race in Sydney in November – got away from the line better than Force.

The gap between Hagan and Capps in the points chase has been closed to just 27.

Vincent Nobile won Pro Stock, beating home Jeg Coughlin in the final. It was a comfortable win for Nobile after what had been a tough path to the final for the 21-year-old.

After qualifying eighth, Nobile got to the final by defeating front running drivers Jason Line, Mike Edwards and Greg Anderson. Coughlin pipped Rodger Brogdon, Shane Gray and Allen Johnson in his path to the finish.

In an epic drag race, just 0.001 separated the pair on elapsed times, their speed was identical at 195.45 mph. It came down to reaction times, which saw Arana’s Lucas Oils Buell leave the line after a miniscule 0.009 of a second to Smith’s 0.045.

The win has extended Arana Jr.’s lead in the Championship over Smith.