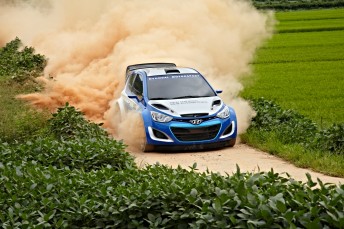 Entering the WRC in 2014 the Korean Manufacturer has called upon the well experienced Australian to help develop the i20 WRC for it’s competitive debut.

Atkinson, who was crowned last year’s Asia Pacific Rally Champion, is excited to be back behind the wheel of WRC machinery.

“This is such an exciting project and to be able to help Hyundai’s push back into the WRC by developing the i20 is a massive thing to be a part of,” said Atkinson.

“After visiting the Hyundai Motorsport factory three weeks ago, I am really impressed by the team’s commitment and achievements so far.” 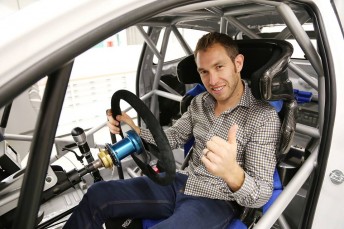 Atkinson drove both the Citroen DS3 and MINI WRC last season and that, coupled with his drive of the Fiesta WRC in Mexico in 2012 pitted him as a firm choice for the development role.

“I have a lot of experience of many different WRC cars and events, and I will utilise this knowledge to support the development of the 2014 i20 WRC car.”

The 33-year-old will join Hyundai Motorsport’s main test drivers Juho Hänninen and Bryan Bouffier at selected tests during the remainder of the year.

Atkinson recently flew from his Gold Coast home to Hyundai Motorsport’s headquarters in Alzenau, Germany to have a first glimpse at the i20 WRC and familiarise himself with the team and for a seat fitting ahead of his maiden test.

“Chris will support the work of our main test drivers Juho and Bryan. With the combined expertise of all three test drivers, we will be able to benefit from thorough and comprehensive input at every test session.”

Atkinson will be behind the wheel of the i20 WRC for the first time next week in a private test session in Europe.