Reid to join D’Alberto for enduros

Reid to join D’Alberto for enduros 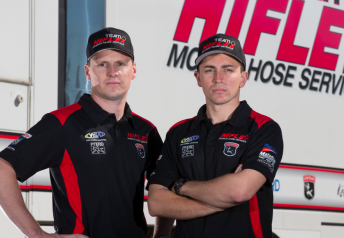 New Zealander Jonny Reid will return to the V8 Supercars Championship in September after signing on as Tony D’Alberto’s endurance co-driver.

Reid has been without a drive since being replaced by Chaz Mostert at Dick Johnson Racing in late April.

The former Carrera Cup ace steps into the co-driver role vacated by Nick Percat, who was recalled to the Holden Racing Team’s endurance fold following Townsville.

Reid recently moved his young family from New Zealand to Newcastle, New South Wales, as he continues to work at cementing a full-time career in V8 Supercars.

“I’m totally ready to give this 100 percent,” he said of driving alongside D’Alberto.

“It’s a really exciting opportunity. TDR is a good, strong team with great equipment and the right attitude.

“Tony has showed some really promising speed of late, so I’m joining them at the right time. It’s an exciting adventure to be a part of.

“I’m really amped and really upbeat. It’s a great opportunity to show what I can do.“

Reid told Speedcafe.com that he also currently working on a deal to rejoin his homeland’s V8 SuperTourer Series for its two-driver races later this year.

Reid will have his first drive of D’Alberto’s customer Walkinshaw Holden in the opening practice session for the Coates Hire Ipswich 360 on Friday.