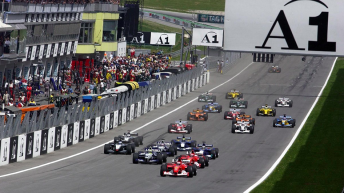 Grand Prix racing back on the menu at the Red Bull Ring. It last hosted a GP in 2003 when it was called the A1 Ring.

The historic Austrian Grand Prix will return to the Formula 1 calendar after a 10-year absence.

Although it will not be officially inked until the next meeting of the World Motor Sport Council, the Red Bull Ring’s owner Dietrich Mateschitz says an agreement has been reached for a July 6 date in 2014.

In a press statement the energy drinks giant confirmed the re-instatement to the F1 calendar after Mateschitz and F1 tycoon Bernie Ecclestone came to an agreement.

The Red Bull Ring re-opened in 2011 after a period of limbo with Mateschitz redeveloping the historic venue.

In its previous iteration as the Osterrreichring, the circuit was on the grand prix calendar from 1970 until 1987.