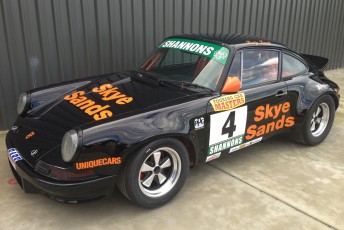 Rusty French will take the plunge into the Touring Car Masters in Round 4 of the exotic muscle car series at Queensland this weekend.

French, co-owner with Rod Nash in the V8 Supercars squad Ford Performance Racing, has a long and storied career as a competitor.

He will make his TCM entrance in the Porsche 911 RS that South Australian youngster Michael Almond used to win the Barbagallo round in May.

Almond has switched to the Carrera Cup Australia, where he will drive French’s entry, under the deal.

“I’ve done a lot of racing in Porsches, having started in the Australian GT Championship, and winning in my second year when the Porsches were at the top of their game, so it will effectively be like racing an older version of what I’m used to,” French, the 1983 Australian GT champion said.

French has aspirations of increasing his involvement in the TCM in future. 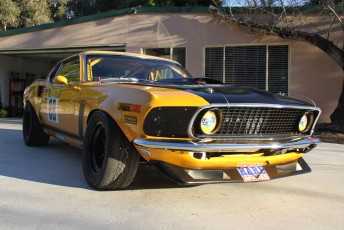 “We decided that a ‘swap’ would be a great opportunity for everyone and be another opportunity where I could help support a talented young driver,” he said of the arrangement with Almond.

“So Michael will be running my car in Carrera Cup, and I’m able to get back behind the wheel and race with the Touring Car Masters.”

French recently turned 20 laps in testing in the Porsche at Sandown with the German machine switching from a dogbox transmission to a gearbox more akin to its vintage.

Karanfilovski joined the series in 2009 in an Alfa Romeo GT AM before stepping into a Ford Falcon GTHO in 2011.