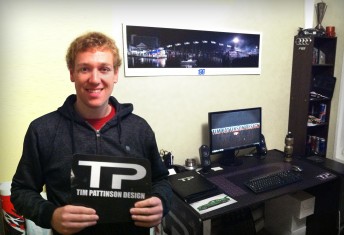 Tim Pattinson, one of Australia’s best young motorsport designers, has become part of the Speedcafe.com team.

The Canberra designer has quickly emerged as one of the most respected motorsport livery designers in the Asia-Pacific region.

He has worked with V8 Supercar, Australian GT, Formula 3, Formula Ford and New Zealand V8 SuperTourer teams – and recent work has seen him make his mark in Europe and in the XGames arena.

Pattinson will be responsible for producing regular renderings for Speedcafe and will be working with the Speedcafe design team on other projects.

The Greens Tuf Mustang accompanied the Pirtek Poll that triggered huge response and debate over the last week which prompted: Should V8 Supercars allow two-door models? 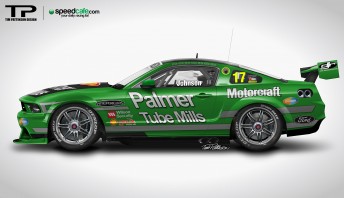 He shot to prominence by putting together the most popular design for the Speedcafe Castrol EDGE Driving School car in the livery competition run by the site last year.

“It’s really exciting to be involved with Speedcafe. The site has a great presence in the industry and is a fantastic way to share my brand with new clients & motorsport enthusiasts,’ Pattinson said.