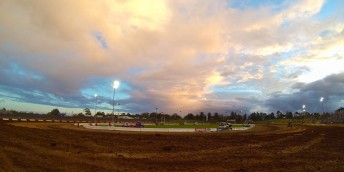 The Hopping family are entrenched in Sydney Speedway

An appeal has been set up to assist a prominent Sydney Speedway family who lost a member of their family in a tragic house fire in Sydney on July 10.

Both Melissa and Andrew are intellectually handicapped.

Tony was working in the family business at the time of the fire only to arrive home and find the utter devastation that had taken place. He himself some years ago suffered a freak work place accident at the Speedway when he was the track curator and still suffers some effects from that incident.

A Facebook page has been established to promote items for auction and events that will be held to raise money for the Appeal here: http://on.fb.me/1aVMCop

For anyone wishing to show support to the Appeal, you can make a deposit directly using the following details:

IMPORTANT: Please leave a reference of HFA to identify the donation

The Speedcafe team sends it’s condolences to the Hopping Family.