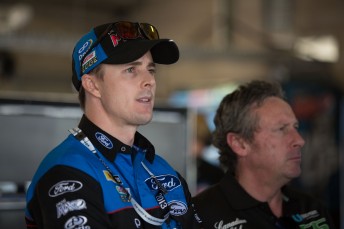 McAlpine will make his official exit on July 27, citing personal reasons for his decision to depart prematurely.

His responsibilities will be taken up by Nash and others from the team’s existing commercial department.

The changes stretch beyond the commercial department however, with team principal Tim Edwards now named as the chief executive of the outfit.

Rod Nash, who co-owns the outfit with Rusty French after taking over from previous owner Prodrive in January, has taken the position of managing director.

“We felt we spent a bit of time in recruiting the right person, but Kelvin has decided he has to make some personal changes to his life and has decided to move on,” Nash confirmed to Speedcafe.com 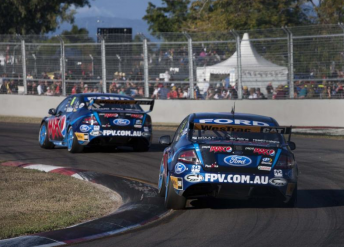 “Like all teams we are all looking at ourselves in all facets. (Existing employee) Stephanie (Malone) is a high-end brand manager and we have an experienced American brand manager who has come out here to live.

“My role because of me being part-owner… I was always coming in full-time so it (McAlpine’s impending departure) created my position.

“I was on a lot of tasks crossing paths anyway and my role very much in the business is more on the commercial business side and operational side.”

FPR welcomed new naming rights sponsors Pepsi Max and Jeld-Wen to its team this season, but finds itself under pressure with its current Ford deal set to expire ahead of 2014.

Nash confirmed that negotiations with the manufacturer remain ongoing, but declined to comment further.

“There’s positive things going on but we are still not in a position where we want to make any comment at this point,” he said.

News reports have this week confirmed that Ford’s performance road car division, Ford Performance Vehicles, will be killed off next year when the final generation Falcon is launched.

FPV was founded as a Prodrive-Ford joint venture in 2002 before the British engineering firm relinquished its share last year.

FPV branding has been prominent on FPR’s race cars since the team was born in 2003, currently appearing on the front and rear bars of the Mark Winterbottom and Will Davison driven Falcons.