Q&A: Rick Kelly on Bathurst in a GT-R

Q&A: Rick Kelly on Bathurst in a GT-R 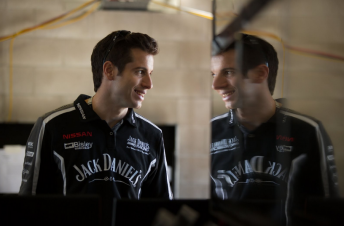 Speedcafe.com’s Stefan Bartholomaeus spoke to the twice Bathurst 1000 winner about the news.

SPEEDCAFE: Rick, Nissan’s global motorsport manager Darren Cox first discussed a desire for a GT-R Bathurst 12 Hour campaign with media back in March when he was here for the Clipsal 500. When did it all really start to become a reality from your perspective?

RICK KELLY: To be honest it’s only something that has really come about for me in the last fortnight or so.

There has been a lot of work put in from Darren and his team overseas and obviously with Nissan Australia here as well, but they’ve really kept it at arm’s length from us just to get everything in order before they came to us to talk through it.

KELLY: It’s going to be very exciting to race a GT-R. We had the chance to take a road going GT-R around a couple of tracks, including recently around Calder, and it’s an extremely impressive car in its standard form.

When we partnered with Nissan and made the announcement in February last year, we had thought there’d be opportunities for our team and our drivers to race at an international level, and this is really the first step of many hopefully.

I’m excited to see how a new team does things as well. It’s the whole element of the unknown that’s so appealing.

I’ve done a few things that have put myself out of my comfort zone controlling machinery, whether it be ski racing, getting my pilot’s license or the jet powered remote control car that I built, but beyond that, as you say, I haven’t raced anything outside of a V8 Supercar for a long while. 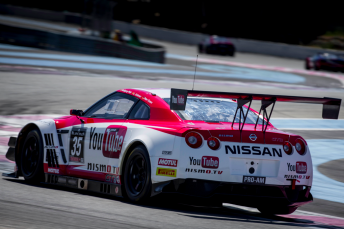 SPEEDCAFE: You had a bit of feedback from fans, both positive and otherwise, when you turned your V8 Supercar team into a Nissan team. What will you be expecting from them when you turn up at Bathurst in a GT-R.

KELLY: I think everyone should be quite excited that Nissan is getting involved in motorsport in Australia in a bigger way. The global athlete exchange program is exciting from a Nissan point of view and it shows what Nissan globally thinks of Australia and the motorsport scene here.

This is the first event that they’ve announced to be part of this global program and they’ve chosen it over a lot of international ones as well. From that point of view it’s exciting that they think so much of our country and our racing platform.

SPEEDCAFE: I don’t know how much of the Bathurst 12 Hour you’ve seen over the last couple of years, but it’s grown a fair bit since it became a GT race in 2011. Do you think you can win straight up?

KELLY: Nismo is certainly entering a car that is capable of winning and is putting a team together that can do the same. I’ve obviously got a fair bit of experience up there too, so even though we haven’t really talked about that side of it, it’ll certainly be the aim.

SPEEDCAFE: Your co-drivers are yet to be confirmed, but it has been announced that they’ll be from the international driver pool. Does that potentially point to having some Nissan internationals in your cars next year, potentially for Bathurst?

KELLY: Nissan Motorsport globally are certainly very excited about the V8 Supercar program and are quite keen to give their internationals a taste of a V8 Supercar eventually.

We’ve spoken about it quite a lot and I think it’s only a matter of time before you see a couple of guys over here in a V8 Supercar, whether that be for a test or something a bit bigger. it’s certainly something that we all want to see happen.

SPEEDCAFE: On the flip side, if you were given free choice to slot yourself somewhere internationally in a Nissan for an event, where would we see you lob up?

KELLY: I haven’t thought too much about that, but basically I’d love to drive anything at any time on any track. If there’s an opportunity that Nissan global thinks will suit myself or Michael, James or Todd and we get the opportunity then that’s great.

The main focus for us is V8 Supercar, but if we get an opportunity to try something in North America, Europe or Asia then we’d be up for it. I certainly won’t be picky with that sort of thing!

SPEEDCAFE: Is Todd jealous that he hasn’t been included in the 12 Hour program?

KELLY: Well, this is something that, as I said, has only really come about in the last fortnight or so, and I think Todd has other commitments on that weekend anyway.

It certainly isn’t something that’s high on his priority list at the moment, but I’m sure there’ll be opportunities for him to get involved in the future in one way, shape or form.

Every dog has his day and our team makes sure it treats its drivers equally. If my opportunity comes first then I’m sure the next one may be spread across the other drivers. 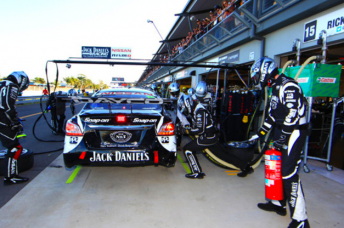 SPEEDCAFE: Switching back into V8 Supercar mode, we’ve seen several teams testing following Townsville while yours has remained in the workshop. Is that where the biggest benefits are for you right now?

KELLY: As far as the car is concerned we’ve made great gains with set-up and each race meeting we go to we understand where the car needs to be and just fine tune it.

Up until now there really hasn’t been a lot for us to gain by doing any testing at Winton. We know where our weaknesses are and a test day isn’t going to help that in any way, shape or form. We’re saving our test days until the last part of the year where we feel they’ll be more useful.

SPEEDCAFE: The endurance races are looming and I’m sure there’s a strong desire from your side to make a big step forward performance wise before Bathurst. Is that something you can do in the workshop, or are you going to need some help from V8 Supercars?

KELLY: We’ll always keep working as hard as we can to make gains, (but) the two weaknesses we’ve got are that we’re down on horsepower and our fuel economy is worse. I think that it would almost take a miracle for us to find more horsepower while using less fuel.

We’re working away the best we can on it but at the end of the day if both us and Erebus are both unable to find solutions that are unrealistic in those two areas then we need the category to be quite open to making those things equal, just as they have for aero and other parts of the race car. That’s a process that needs to be undertaken quickly so we can play on an even playing field with the rest of the cars.

The category has been very good to work with up until now, but it’s important moving forward that new manufacturers are giving a shot at winning from an equal footing.