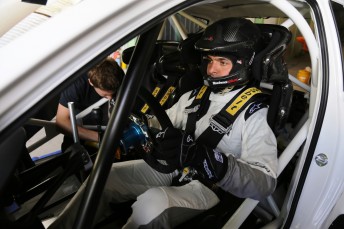 Bouffier’s signing comes a week after Juho Hanninen was announced as the first test driver for the i20 program ahead of Hyundai’s re-entry into the WRC in 2014.

Bouffier has recently sampled the i20 WRC car for the first time.

While Hanninen and Bouffier are considered by the team as being the two main test drivers, a number of other drivers are also expected to be announced with the big budget Hyundai program.

Michel Nandan, the team principal of Hyundai’s Motorsport operation based in Germany, said: “He (Bouffier)m adopts a very professional driving style and can give detailed technical feedback as well as being a very consistent driver, which are all very important attributes for a test driver. Together with Juho’s experience of WRC events and his speed on all terrains, I am sure we have a strong and well-rounded line-up for our testing program.”