Tomasz Gollob ruled out of SWC opener against Australia

Tomasz Gollob ruled out of SWC opener against Australia 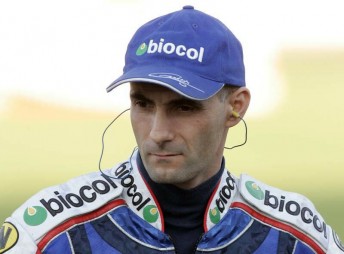 The event, which was washed out this morning Australian time, but has been re-scheduled for 11pm tonight AEST, will see World Under-21 Championship leader Patryk Dudek take the Polish captain’s position.

It is a cruel blow for the passionate Polish crowd that will turn out in force on home soil at Czestochowa.

Conditions have dawned clear in Poland and the event will take place at the re-scheduled time where Australia and Poland will take on Russia and Latvia.

Australia hasn’t been without it’s own injury issues, with captain Chris Holder being ruled out after a massive crash in England just over a week ago. It has seen Team Manager Mark Lemon draft Queenslander Davey Watt into the squad and anoint Australian Champion, Troy Batchelor to the captain’s role. Watt and Batchelor are joined by last round Speedway Grand Prix winner Darcy Ward and Newcastle racer, Jason Doyle.

The winner of today’s first event will go straight through to next weekend’s final, with the second and third placed country’s to go to Thursday’s (European time) race off.

The event will be shown live in Australia on SPEED TV Australia from 11pm tonight (Sunday).