Co-drivers on show at Shannons Nationals

Co-drivers on show at Shannons Nationals 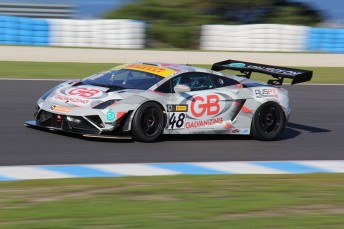 Steven Richards returns to the wheel of Justin McMillan’s Lamborghini

A selection of talented co-drivers will spice up the Shannons Nationals event at Sydney Motorsport Park as three of the weekend’s classes run a two-driver format.

The Porsche-mounted Klark Quinn enters Round 4 of the AGTC with a 54 point lead over his father Tony, who has again entered his Aston Martin for this weekend.

The AMC will see the return of three-time drivers’ champion Stuart Kostera, who had appeared set to miss the season following the withdrawal of Team Mitsubishi Ralliart. 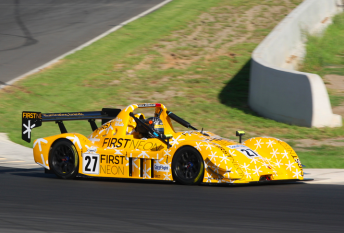 The three-hour AMC race has attracted 18 entries, with the Garry Holt/Ryan McLeod and Bob Pearson/Glenn Seton Lancers joining the BMW 1Ms of Beric Lynton/Tim Leahey and Tony Alford/Peter Leemhuis adding to the Class A battle.

The one-make class will race to a revised format this weekend with the regular pair of 50 minute races to be separated by just 25 minutes.

Refuelling and driver changes will be allowed during the break. Pro seeded drivers will race in the second leg only and be forced to serve a drive-through during their stint in order to even up the competition.

The event was to have included a 6 Hour production sports and touring car race, but that plan was abandoned due to a lack of competitor interest.