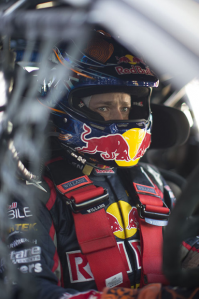 On-track, the 27-year-old’s Dunlop Series foray hasn’t exactly been smooth sailing, with promising speed at both Adelaide and Barbagallo thwarted by incidents.

Stoner’s short-term career moves, however, will depend largely on how happy he is with the off-track side of his racing schedule.

As he told Speedcafe.com’s Stefan Bartholomaeus ahead of the third round of the year in Townsville, the 2013 season so far has been rather busier than hoped.

SPEEDCAFE: Casey, it’s been almost two months since we last saw you at Barbagallo. What have you been up to since then?

CASEY STONER: We’ve had to be in California for a little bit and then went back to Switzerland to tidy up a few things over there and get a lot of things shipped back over to Australia.

I’ve basically been quite busy to be honest; we only got back to Australia a couple of days ago, so I’m still struggling just to get back to grips with everything again.

SPEEDCAFE: As you’re still in the process of moving it’s obviously not all settled down yet, but are you happy with the balance you’ve got between racing and doing other things at the moment?

STONER: Unfortunately it hasn’t all been about racing and it’s generally what I’ve wanted it to be about. It has been slightly disappointing in some areas. I would have liked to just be a little bit more free and a little bit more happy.

Unfortunately this year it’s been basically as busy as any other year, except for the last couple of months. It’s been extremely busy, we’ve been from one event to another and then somewhere else… it’s been a little bit away from what I was planning to do.

It’d be nice just to get back to racing and just go racing again but I don’t think that’s possible. But I’ll just go out and try to enjoy every bit of time I’ve got in the car. 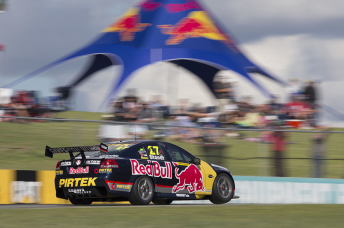 SPEEDCAFE: Looking at the possibility of a V8 Supercar career going forward, can it be what you want it to be?

STONER: This year I was planning to just take a complete year off, (but) we discussed things and thought that the DVS was the perfect thing.

Because you can’t go and test in these cars, DVS was perfect because you get a few test days and get to go and race a car with no pressure and all those sorts of things. The idea of it was just perfect to me but it’s been a lot busier than what I wanted it to be.

I really just need a year off. I’ve been doing this since I was four years old. I’ve been travelling around non-stop and really do just need that time off to get everything done that we’ve always wanted to do. And then I think from there we can make some plans.

SPEEDCAFE: So taking a sabbatical next year is an option that’s on your radar?

STONER: At this stage nothing is set yet, we don’t really know what we want to do, but next year will definitely be a lot more about me and my family rather than tripping around and travelling everywhere.

I’d definitely like to slow down and get to grips with life a little bit.

SPEEDCAFE: Looking towards this weekend, where do you think you’re at with your learning curve in these cars?

STONER: To be honest, some days we feel a little better than others.

Perth didn’t really show what we were capable of doing. We weren’t really going to be super fast there anyway. We didn’t struggle learning the track at all, there were no excuses there, but we just struggled getting a set-up. We’d get one end of the car working and the other would sort of disappear a bit.

Qualifying could have been very different if it wasn’t for a red flag there. We were confident that we could have had a top five qualifying position which would have put us pretty good for the races.

Even so, with Stevie Owen coming together with (Ashley) Walsh in Turn 1 and bending his steering, he took a whole heap of drivers to one side of the track and I tried to go the other side to get a few positions and unfortunately he had no steering and went straight into me. That put me at the back of the grid for the next one and we had to try and come through again.

I was just struggling with people blocking. They don’t just block once into a corner like the guys in the main game do, they block to the inside, then to the outside and back to the inside again. Every move you make they counter block it and there’s no real way through. We got tangled up again, bent the steering and had to come back from last again.

That was the story of the weekend and it was disappointing, but to be honest I’m enjoying actually racing with people. It’s something very different and not what I’m used to.

SPEEDCAFE: Is it difficult being in the cut and thrust of the DVS pack during the races but not being around that paddock during the whole weekend? It’s clearly not as easy for you to trot down there and sort things out with other drivers face-to-face as it is for some.

STONER: Talking with the drivers straight after the races is easy because we have to go into parc ferme, especially after the last race. That’s fantastic because we’re left alone and no one else can get to us for a while.

But me wandering down to the DVS paddock is nearly impossible and does make it very difficult for me. A few of the DVS guys I think have got their noses a bit bent out of shape with me not going down and talking to them if we do ever rub panels or anything like that, but it’s just not possible for me to pop down there and talk to them.

That’s disappointing because it’s a great bunch of guys that we’re racing against. They’re very different to the European series, everyone is very approachable and you can talk to them, but it’s difficult for me for sure.